I know mindfulness works because I have seen it do wonders for my clients I have dealt with in the past. As a person myself learning to co-habit with cancer, the wonders mindful thinking has done for me is impressive.

But today I read an article in the Daily Mail about one person who had a bad experience with mindfulness. Since the age of 13, Maddy Le Bourdon has been dealing with crippling anxiety which has affected her quality of life.

It states in the article that she started psychotherapy: mindfulness about 18 months ago. Instead of learning to look at the positive, she began focusing in on things she thought were wrong with her.

She downloaded an app on the suggestion of her Doctor, take note many people have downloaded this app. Check it out yourself; it’s called Headspace (not an affiliate link).

As you can see their rating is 4.8/5 while they have over 55,000 users who have downloaded their app.

I not here to sell you anything except to talk about the benefits that mindfulness works based on one’s belief to change their thinking to change the way they live.

My thought is having worked within the mindfulness industry that it does work for 95% of the people, whom it doesn’t work for need more help than receiving positive affirming inner talk.

One suggestion to the people it doesn’t work for is to find another therapy which will help. Another thing to remember is if you try it and it doesn’t work the first time, then don’t return to it for more negative affirmations.

Affirmations are made in our mind as we listen to self-help talk. But depending upon the nature of our illness, they can sometimes have an adverse effect.

I’ve worked with clients who have dissociative identity disorder; these are individuals who would not be great candidates for this type of therapy.

Right after a session, we discuss what they experience; I usually dispel the negative thoughts right away. But the way their mind thinks as they create inner talk goes onto creating another personality which they don’t need.

Luckily I have been trained for these types of situations, but every single time I require a Doctor’s note before working with such individuals.

Not saying that that’s what may be the issue with Maddy Le Bourdon, but that has been my experience.

So who will be affected by such inexpensive therapy?

The only one I can think of who will be affected is the Pharma Industry. They are the leaders of distributing medication to the hosts of problems we have in this world.

Now that many are thinking body/mind/spirit, it takes away from what Pharma Industry, maybe they are feeling challenged.

As most of us know medications are costly, there are some who can’t afford them. But all we’ve ever known for any condition known to humankind is to medicate it, which will supposedly make us feel better.

Because of my work in this mindfulness field, I know for a fact that there are many issues of the mind which with simple changes can create a better outcome for a person. Thus it leads to fewer illnesses, of course, this means they will be buying less medication.

I worked with a client whose mother had passed away 15 years before she came to me. She was still holding onto the grief of her parent/best friend passing away.

She stated she had tried everything to let go of her mother, but nothing was working. Her depression with this had led to difficulties with her partner. She had been on anti-depressants for years.

Yes, the anti-depressants had helped with her depression, but they’d also brought a host of other problems. Such as weight gain, lack of libido as well she was sleeping 15 hours of the day.

So basically, this beautiful woman was sleeping her life away.

For her mindfulness therapy was her last hope. Together we were able to work on her issues with letting her mother go. She was able to learn why she was still holding onto her mom, what it was that she needed for closure as well take away mindfulness relaxing technique to work on herself at home.

The change that came over this woman was pretty amazing. We booked our appointment two weeks later; she returned for her appointment to let me know she had scattered her mother’s ashes under a local park bench.

She was no longer feeling depressed, was optimistic about losing weight as well as getting her relationship back on track. Add to this she was looking forward to staying awake to be present for her life. 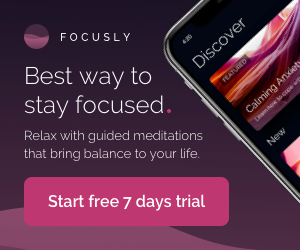 How has mindfulness helped me?

Once again in 2016, the neuroendocrine tumors reared their ugly head again. This time I was diagnosed as being in stage II which means cancer had spread to the outside wall of my colon. This time surgery was performed, but a total colon resection.

As I was prepping for surgery, I started meditating on that to help deal with the pain. Most doctors after surgery want their patient walking at least five minutes a day. But to their amazement, I was walking probably two or three hours a day. Even had some patients comment on how quickly I was up.

This is all due to the meditation I had done while preparing for my surgery. I recovered from my colon resection pretty fast. But because my doctor did not catch it soon enough, the tumor had now spread to my liver, lungs and some lymph nodes.

Right now the chemotherapy I’m doing as well meditating and praying has contained cancer to where it is located.

Of course, I know this type of illness requires medication, I’d be a fool not to take it. But I also know meditating while praying has helped me out in a time where I may have felt things were not working for me as well as they should.

Right now at this time in my life, I’m at peace knowing I can cohabit with cancer in my body. If I had not been doing mindfulness meditating, I believe I would be one of those people who would be heavily stressed out not knowing what tomorrow is going to bring.

As we all know stress brings about its various illnesses!

With this therapy, I have learned to live in the present moment. I also don’t worry about tomorrow or what has happened in the past. I know it has been the most beneficial to me at a most crucial time in my life.

Mindfulness works, it has worked for me as well as many of the clients I’ve dealt with in the past.

Let me know in comments below what you think of mindfulness as well is it something you would encourage others to do.

If you find this article helpful, please share it so others can gain benefits as well.

View all posts by Jagi Egnell →

18 thoughts on “Mindfulness Works! But Why Is it Getting a Bad Rap?”

My name is Jagi,

I’m a certified life coach who also happens to be a lover of life. It is my wish to help you find new ways to live the best life ever.

What can you expect from me when doing purpose healing? Read More